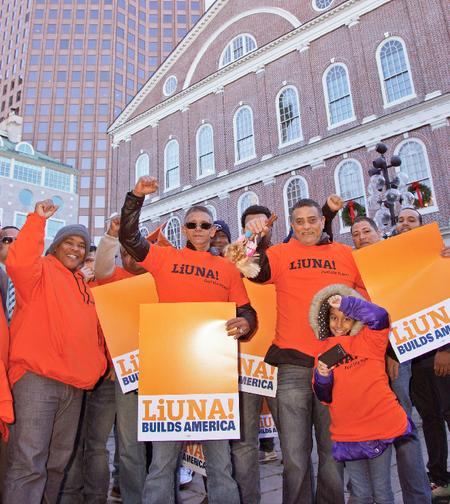 Founded in 1939 as a specialty local union, the Building Wreckers Local 1421 has been dedicated to providing the demolition industry with skilled, professional laborers for over 80 years. This Union is the last building wreckers’ local standing. Our laborers are proficient in all aspects of demolition, while incorporating decades of experience and training.

Local 1421 has a state wide agreement and has been working together with all its brother locals across the state to meet the needs of our contractors. Local 1421 is grateful to be a member of the Laborer's International Union of North America. Due to the dedication and foresight of our great leaders at LIUNA, Local 1421 remains committed to clearing the path for progress since 1939.


A key component of demo was and still is salvage.  Brick, lumber steel and mechanical systems were in short supply and demand was great.  The work was very labor intensive.  Buildings and all other structures were literally taken apart by hand with little machinery involved.  The important tools of the trade were the shovel, wheelbarrow, wrecking adze, acetylene torch and sledge hammer.  These tools are still in use today.

After WWII, building material was still in short supply, mainly because government rationing was still in effect.  This meant that the industry prospered and the members of Local 1421 had relatively steady work.

At the end of Korean War, the era of urban renewal was upon us.  Whole neighborhoods in most of the major cities in Massachusetts were demolished with Local 1421 doing the lion’s share of Laborers’ work.  As the years rolled by, Local 1421, in conjunction with The New England Regional Office and The Massachusetts Laborers’ District Council, had the foresight to capture so called the “new” work jurisdiction of asbestos abatement and environmental remediation.  The work was always there but it took government regulations and intervention to start the clean-up of America.  Legislation backed by organized labor on the state and national level was the catalyst for bringing this type of work under the umbrella of prevailing wage.

A prime example of the man hours this type of work can generate was that of the clean- up at the Watertown Arsenal on the banks of the Charles River in Watertown Mass.  In 1990, over 300 laborers were involved in the decontamination and removal of a nuclear reactor building, all affected machinery and mechanical system.

The Officers and rank-and-file members of Local 1421 are justifiably proud of their accomplishments and their relationships with The New England Regional Office, The Mass. Laborers’ District Council and their fellow Laborers’ locals.  Solidarity, team play and pride in union membership have always been watchwords passed down from Business Managers to the present.  Current Business Manager Thomas C. Troy Jr. has seen to it that these values are still present and stronger than ever.  He envisions an even stronger role in the industry by laborers.